When asked for his reaction after visiting the 2018 See, Test & Treat® program at IVFMD in Irving, Texas, Merck representative Barry McLaughlin summed it up in one word: priceless.

An oncology diagnostics specialist consultant, McLaughlin is one of several Merck representatives who received behind-the-scenes tours at various See, Test & Treat events. Merck is among the major supporters that make the foundation’s humanitarian program successful. The company focuses on innovation and scientific excellence to deliver vaccines, medicines, and animal health products.

Another Merck representative, Joseph Zylstra, was on site at the 2018 NorthPoint Health and Wellness See, Test & Treat program in Minneapolis, Minnesota. Zylstra had a chance to observe the roles played by such CAP members as Bradley Linzie, MD, FCAP, who served as the event’s lead pathologist. “It was fantastic to see Dr. Linzie interacting with patients to educate them about the testing process they were going through in real time,” he said.

The Merck consultants were quick to see the program’s impact.

“See, Test & Treat has identified a great opportunity to communicate, not only to the patient but to reinforce the multidisciplinary requirements that are associated with testing,” McLaughlin said.

“Testing is the current and present requirement for many ongoing developing therapies, and it’s only going to become more important as we go forward in the future,” McLaughlin continued. “I can see this expanding to a number of different medical areas where there’s increasingly a requirement for testing.”

While on site, Zylstra got a facility tour from the NorthPoint CEO, Stella Whitney-West. “I was very impressed with the logistics and coordination of the event,” Zylstra said. “You could tell that all the volunteers and workers were very passionate about the mission of the event and were very engaged with the patients.”

See, Test & Treat is an important opportunity for Merck to continue to grow its relationship with the CAP, according to Jeffrey Emch, director, Biomarker & CDx US Oncology Marketing at Merck. 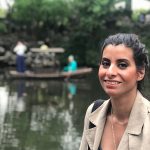 The Leadership Pull of PathologyOur Stories 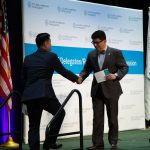 President’s Column: Problem Solving for PatientsOur Stories
Send this to a friend